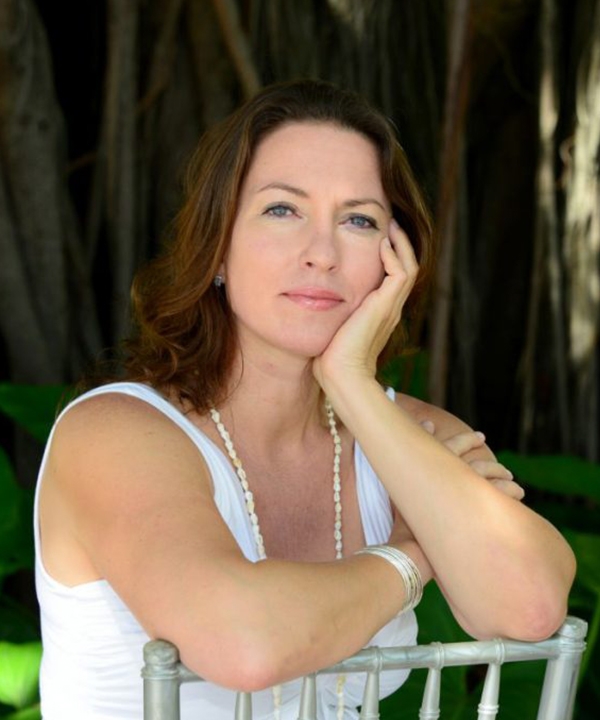 As an independent producer, Murphy’s work has largely focused on social documentaries. She has field produced films like Saul Landau’s, Will the Real Terrorist Please Stand Up?, Eugene Corr’s From Ghost Town to Havana; served on the production crew of Gay Cuba; and subtitled Stealing America by Dorothy Fadiman, Jaime Kibben’s The Greening of Cuba, and Out and Refusenicks by Sonja de Vries. She also served as an archival researcher for Susanne Rostock’s biography of Harry Belafonte, Sing Your Song.  Murphy served as senior staff producer at the TeleSur TV Washington bureau and has produced content for PBS, TeleSur, Avila TV, Pacifica Radio National, WBAI and KPFA. While in Caracas in 2009, she founded Tres Musas Producciones, a collaborative production house of independent women producers working in film, music, and literature. Four short stories based on her interviews were published in Eduardo Galeano’s most penultimate book, Espejos.

Talaya Grimes has worked on productions for Discovery Channel, National Geographic, PBS, and Smithsonian Networks in a variety of production roles from Production Coordinator, Associate Producer, and Operations Manager. She has also worked with independent filmmakers and playwrights. She was a Producer for the documentary “Congressman Robert Smalls: A Patriot’s Journey from Slavery to Capitol Hill” for Doubleback Productions. She produced the short film “N.O.S.” on mental illness, available on Amazon, and the play “The Stuck” that was featured in the 2019 DC Capital Fringe Festival, both for Third Person Omniscient Productions.

She is a consulting Senior Producer for documentaries on literacy movements for The Literacy Project including a documentary on the Freedom Schools of 1960 Civil Rights Movement entitled “Teach.” Ana Laura is an award-winning documentary filmmaker and founding director of the Primavera do Cine International Film Festival in Galicia, Spain. She has worked as a journalist, documentarian, social worker and professor in various parts of Latin America. More info at analaurapereira.com

Alison is a scholar, producer, cultural organizer, and multidisciplinary artist working at the intersections of art, social justice, community building, and education. In these various roles, she envisions and collaborates with communities, artists, and organizations to use art and creativity for social justice. She is currently completing a Ph.D. in African-American Studies and American Studies. Her research ponders the cultivation of belonging amongst Black and Indigenous migrant peoples through intimate relationships with land, plants, and the other-than-human, particularly through food, embodied tradition, and medicinal botany. She is interested in the possibilities and significances of embodiment, particularly how subjects negotiate and cultivate belonging in the afterlives of conquest, colonialism and slavery. More at alisonkibbe.com
Alison is part of our communications team and is an Associate Producer on TEACH Sheena Hutchinson is passionate about employing economic solutions as a preventive measure, especially to youths and young adults.  Her academic and professional pursuits have broadened her horizons in many areas. Sheena is a Business Educator and the owner of Four Fifteen Booktique, LLC.

Emmy-award winning producer, writer and radio show host, Mimi Machado-Luces is President & CEO of TVA Productions. She is a visual media artist with an array of experiences from music videos to political campaigns, and from feature-length fiction films to documentaries.  As an engaged storyteller, she draws from genuine stories as she entertains and motivates diverse audiences. Her weekly radio show “Timba Republic” airs on WPFW every Tuesday afternoon from 3 – 5pm.

Mimi works with us on Special Projects, including two short videos for our recent collaboration with the Veterans of the Mississippi Civil Rights Movement. Malkia K. Lydia, Founder of Kuyamba Media, is a director/producer who recovers authentic stories of community life. She has produced content for several major historical museums, and she is currently directing two of her own feature documentaries. More at www.kuyamba.com

Malkia is story consultant and starting editor for TEACH

William is an award-winning documentary director and cinematographer who lives in New Orleans. He has worked for networks including PBS, HBO and OWN. He own documentary films include “Codigo Color” and “Chasing Dreams: The Leah Chase Story” and he is currently completing his feature length documentary “The Caterpillar and the Butterfly”. His footage of Hurricane Katrina was used extensively in Spike Lee’s “When the Levees Broke” and National Geographic’s Emmy Award winning TV documentary, “Witness: Katrina”

William is the Principal Cinematographer for TEACH 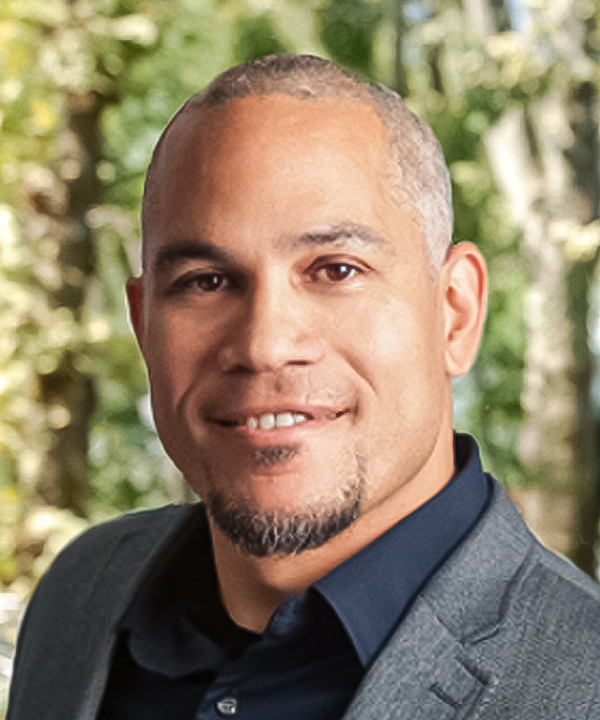 Kofi Taha is a senior project manager at MIT D-Lab, an action-research and education program focused on developing practical solutions to global poverty challenges in collaboration with local communities. He has worked extensively throughout, eastern and western Africa, Central America, South Asia, as well as the southern United States and Indigenous territories. Before shifting to this focus on poverty, Kofi worked in film and video production, music management and fundraising. He was line producer, production unit manager or production assistant on over sixty music videos and films, including Spike Lee’s Malcolm X (1991) and Robert DeNiro’s A Bronx Tale (1992). He was associate producer for Catherine Murphy’s 2012 documentary, Maestra, having worked with Murphy for 20 years on arts and culture projects in Cuba. Kofi managed recording artist Me’shell Ndegeocello for five years, serving as executive producer on three Grammy Award nominated albums. He was a co-founder and co-producer of the International Hip Hop Exchange Benefit Concerts (1998-2000), raising $150,000 to support cultural exchanges between the U.S. and Cuba.  In his career as a fundraiser, including as co-director of the Active Element Foundation, Kofi has helped raise over $60 million for youth organizations, arts projects, innovation networks, and educational programs. He completed his studies in political science at Columbia University, urban planning at MIT, and education at Harvard University; Kofi is originally from the Bronx, New York.

Natalia is an education consultant, translator herbalist, and mother of two boys. She has a Ph.D. in Spanish Literature from the University of Barcelona and has worked in education for many years.

Natalia works with us on Education Outreach and Curriculum Design Lilian is a creative producer, art curator, project manager, and event coordinator. She specializes in Cuban and Caribbean music, art, and culture. She creates and supports collective transformative experiences that connect people, stories, cultures through art. Norma Guillard was born in Santiago de Cuba and joined the Literacy Campaign when she was 15 years old. An AfroFeminist and leading Social Psychologist in Cuba today, she calls herself an “eternal literacy teacher”, dedicating her life to raising consciousness and activism on the issues of Race, Gender and LGBTQ equality and empowerment.

Norma is one of the protagonists in the MAESTRA documentary & has traveled and lectured widely with the film.

Griselda was only seven years old when the Literacy Campaign started in 1961. She insisted on joining and became the youngest female teacher. Her student, Carlos Perez Isla, was 58 years old. She taught him to write his name. Her story was immortalized by Eduardo Galeano in his book ESPEJOS.

Griselda is one of the protagonists in the MAESTRA documentary & has traveled and lectured widely with the film. Shaya is an independent documentary producer, a social justice activist and a fearless rock-climber. When not making films, Shaya teaches at a Denver program for recently arrived refugee girls.
Shaya is the Producer of CRUZADA

Kathy Sevilla was a young literacy volunteer in the Nicaraguan Literacy Crusade of 1980. She then became an archivist and film editor, working for years at INCINE. She edited numerous Nicaraguan films, especially working with women directors. She founded the Editorial de la Mujer, and Nicaragua’s  Iberoamerican Festival of Film.
Kathy is a Co-Producer of CRUZADA and the original impetus behind the film Alejandro is a Managua-based DP whose work encompasses documentary and fiction. After working and studying in Los Angeles, he returned to Nicaragua to contribute to Central American cinema.
Alejandro is the principal Cinemtographer for CRUZADA

Checho is the son of two Nicaraguan Literacy Brigade teachers. He studied sound recording & design at EICTV (the Escuela Internacional de Cine y Television) in San Antonio de Los Baños, Cuba. When he is not making films, Checho listens to heavy metal and plays the drums. After a decade in television as an award-winning producer, writer and multimedia artist, Emmett Williams started Mission Man Media, a company that has produced dozens of inspiring and educational documentaries, web series, and short films around the world, telling the story of grieving mothers who have lost their sons in Brazil, a web series about climate change in Africa, portrayed threatened fishing communities in Alaska, documented illegal logging in the Amazon, created a Black Lives Matter web series, been part of large scale art performances in Europe and filmed protests from Standing Rock to Washington, DC. More info here: www.missionmanmedia.com
Emmet is an editor on “They Say I’m Your Teacher”

Osmar Romero is a Venezuelan editor based in Los Angeles with more than 10 years of experience in the field of advertising and documentary film. He is founder and director of “El Marchante”, a research, compilation and distribution project of Latin American music. 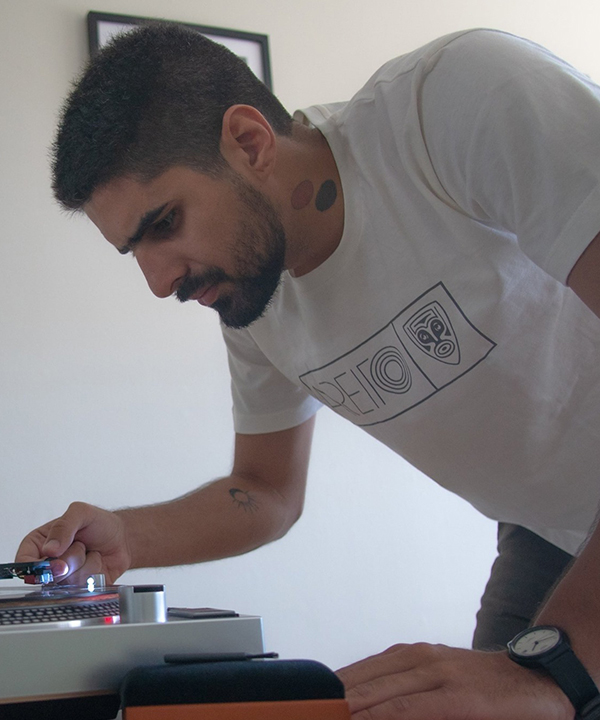 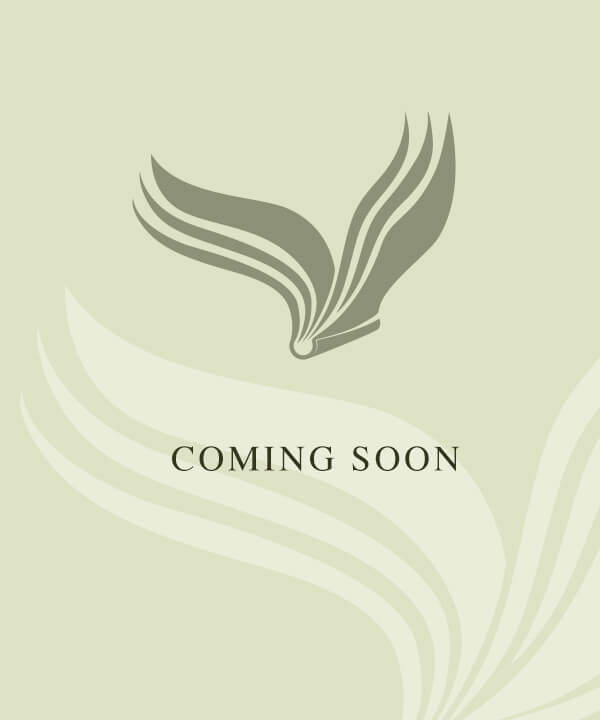 Micaela is an Argentine-Venezuelan political scholar, feminist and social activist. She earned a B.A. in Political Science, a Master degree in International Relations; and studies in Gender, State, Government and Democracy.
She is an independent national producer and holds a Specialization in Film & TV Direction from EMPA (Venezuela). She was producer/commentator at Radio Alba Ciudad´s “Jaque al Macho” feminist program. Micaela has worked as translator/transcriptionist for the film “South of the Border” by Oliver Stone and as a journalist for “Correo del Alba.”

Micaela is the producer of our Paulo Freire film and more.

Women and Gender in the Cuban Literacy Campaign of 1961